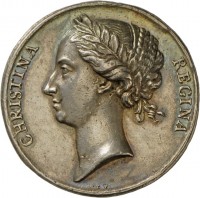 "Christina (18 December 1626 – 19 April 1689), the only surviving legitimate child of King Gustavus Adolphus of Sweden and his wife Maria Eleonora of Brandenburg, reigned as Queen of Sweden [note 1] from 1632 until her abdication in 1654. At the age of six, Christina succeeded her father upon his death at the Battle of Lützen, but began ruling the Swedish Empire when she reached the age of 18 in 1644.

Christina is remembered as one of the most learned women of the 17th century. She was fond of books, manuscripts, paintings, and sculptures. With her interest in religion, philosophy, mathematics and alchemy, she attracted many scientists to Stockholm, wanting the city to become the "Athens of the North". She caused a scandal when she decided not to marry,[10] and in 1654 when she abdicated her throne and converted to Roman Catholicism. Baptized as Kristina Augusta, she adopted the name Christina Alexandra.[note 2]" - (en.wikipedia.org 29.09.2019) 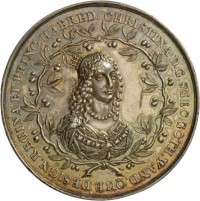 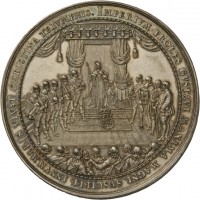 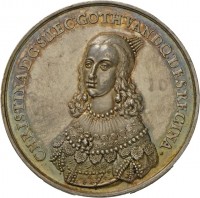 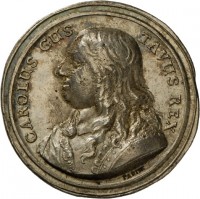 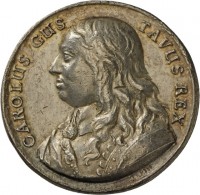 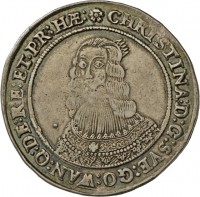