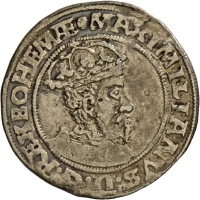 "Maximilian II (31 July 1527 – 12 October 1576), a member of the Austrian House of Habsburg, was Holy Roman Emperor from 1564 until his death. He was crowned King of Bohemia in Prague on 14 May 1562 and elected King of Germany (King of the Romans) on 24 November 1562. On 8 September 1563 he was crowned King of Hungary and Croatia in the Hungarian capital Pressburg (Pozsony in Hungarian; now Bratislava, Slovakia). On 25 July 1564 he succeeded his father Ferdinand I as ruler of the Holy Roman Empire.

Maximilian´s rule was shaped by the confessionalization process after the 1555 Peace of Augsburg. Though a Habsburg and a Catholic, he approached the Lutheran Imperial estates with a view to overcome the denominational schism,[further explanation needed] which ultimately failed. He also was faced with the ongoing Ottoman–Habsburg wars and rising conflicts with his Habsburg Spain cousins." - (en.wikipedia.org 30.10.2019) 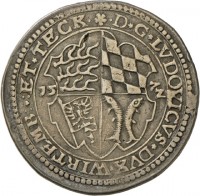 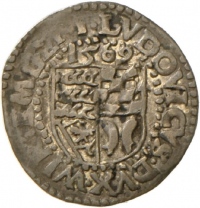 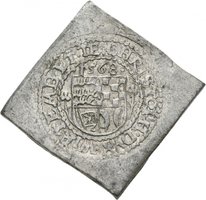 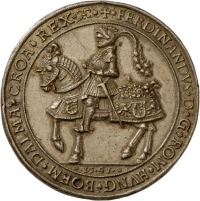 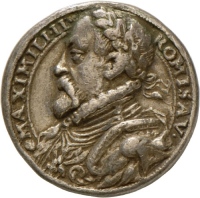