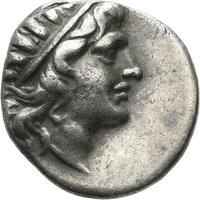 "Helios, also Helius (/ˈhiːlioʊs/; Ancient Greek: Ἥλιος Hēlios; Latinized as Helius; Ἠέλιος in Homeric Greek), in Ancient Greek religion and myth, is the god and personification of the Sun, often depicted in art with a radiant crown and driving a horse-drawn chariot through the sky.

Though Helios was a relatively minor deity in Classical Greece, his worship grew more prominent in late antiquity thanks to his identification with several major solar divinities of the Roman period, particularly Apollo and Sol. The Roman Emperor Julian made Helios the central divinity of his short-lived revival of traditional Roman religious practices in the 4th century AD." - (en.wikipedia.org 11.11.2019) 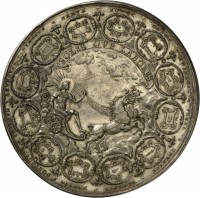 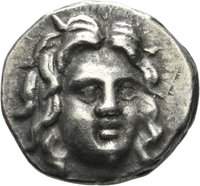 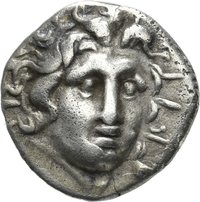 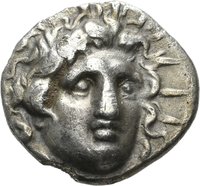