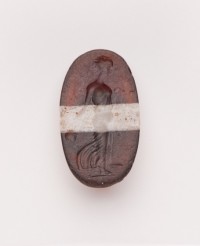 "In Greek mythology, maenads (/ˈmiːnædz/; Ancient Greek: μαϊνάδες [maiˈnades]) were the female followers of Dionysus and the most significant members of the Thiasus, the god´s retinue. Their name literally translates as "raving ones". Maenads were known as Bassarids, Bacchae /ˈbækiː/, or Bacchantes /ˈbækənts, bəˈkænts, -ˈkɑːnts/ in Roman mythology after the penchant of the equivalent Roman god, Bacchus, to wear a bassaris or fox skin.

Often the maenads were portrayed as inspired by Dionysus into a state of ecstatic frenzy through a combination of dancing and intoxication. During these rites, the maenads would dress in fawn skins and carry a thyrsus, a long stick wrapped in ivy or vine leaves and tipped with a pine cone. They would weave ivy-wreaths around their heads or wear a bull helmet in honor of their god, and often handle or wear snakes." - (en.wikipedia.org 30.01.2020) 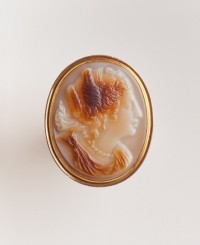 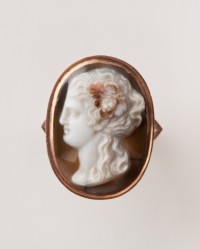 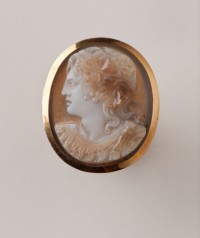 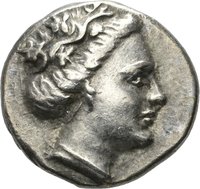