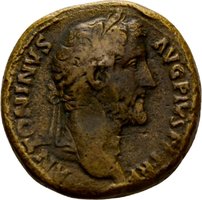 "In ancient Roman culture, liberalitas was the virtue of giving freely (from liber, "free"), hence generosity. On coins, a political leader of the Roman Republic or an emperor of the Imperial era might be depicted as displaying largess to the Roman people, with liberalitas embodied as a goddess at his side. The goddess Liberalitas appears on coinage issued under the emperors Gordian III Trajan, Antoninus Pius and Septimius Severus, sometimes designated as Augusta or Augusti in association with Imperial cult. On one example, a Roman holds out his toga to receive coins poured by Liberalitas, as Antoninus looks on from an elevated seat." - (en.wikipedia.org 31.10.2019) 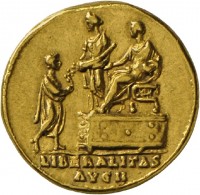 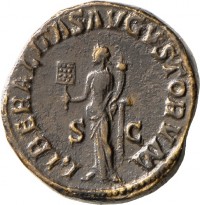 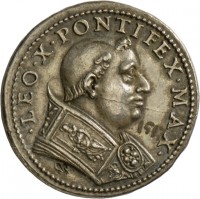