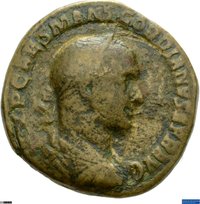 "Gordian I (Latin: Caesar Marcus Antonius Gordianus Sempronianus Romanus Africanus Augustus; c. 159 AD – 12 April 238 AD) was Roman Emperor for 21 days with his son Gordian II in 238, the Year of the Six Emperors. Caught up in a rebellion against the Emperor Maximinus Thrax, he was defeated by forces loyal to Maximinus, and he committed suicide after the death of his son." - (en.wikipedia.org 30.01.2020) 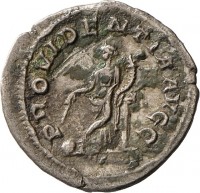 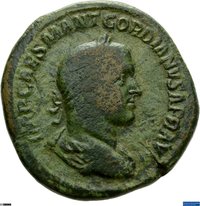