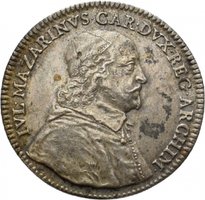 After serving as a papal diplomat for Pope Urban VIII, Mazarin offered his diplomatic services to Cardinal Richelieu and moved to Paris in 1640. Following the death of Richelieu, Mazarin took his place as first minister, and after that of Louis XIII in 1643, Mazarin acted as the head of the government for Anne of Austria, the regent for the young Louis XIV, and was also made responsible for the king´s education until he came of age." - (en.wikipedia.org 31.01.2020) 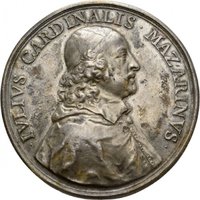