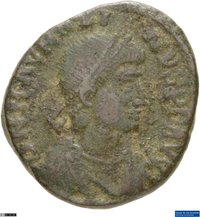 In 383, as commander of Britain, he usurped the throne against emperor Gratian, and by negotiation with emperor Theodosius I, he was made emperor in Britannia and Gaul the next year while Gratian´s brother Valentinian II retained Italy, Pannonia, Hispania, and Africa. In 387, Maximus´s ambitions led him to invade Italy, resulting in his defeat by Theodosius I at the Battle of the Save in 388. In the view of some historians, his death marked the end of direct imperial presence in Northern Gaul and Britain.Cite error: There are <ref group=lower-alpha> tags or {{efn}} templates on this page, but the references will not show without a {{reflist|group=lower-alpha}} template or {{notelist}} template (see the help page)." - (en.wikipedia.org 31.01.2020) 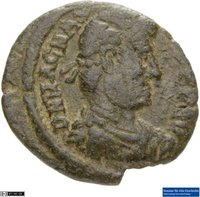 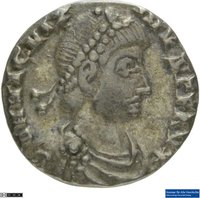 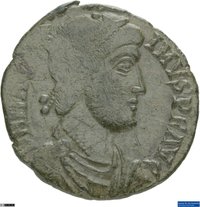 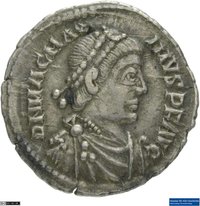 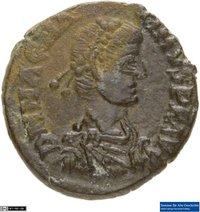 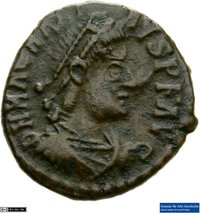