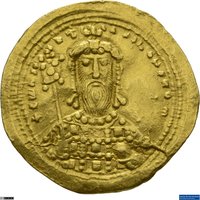 "Constantine VIII (Greek: Κωνσταντῖνος Η΄, Kōnstantinos VIII) (960 – 11 November 1028) was the Byzantine Emperor from 15 December 1025 until his death in 1028. He was the younger son of Emperor Romanos II and Empress Theophano. He was nominal co-emperor for 63 years from 962, successively with his father; stepfather, Nikephoros II; uncle (by marriage), John I; and brother, Basil II.

Basil II died childless in 1025 and thus left the rule of the Byzantine Empire in Constantine´s hands. Constantine had no interest in politics, statecraft or the military. His brief reign is said to have been "an unmitigated disaster", sparking "a collapse of the military power of the Empire". Constantine had no sons, so shortly before his death he married his daughter Zoë to his chosen successor Romanos Argyros.Cite error: There are <ref group=notes> tags on this page, but the references will not show without a {{reflist|group=notes}} template (see the help page)." - (en.wikipedia.org 12.12.2019) 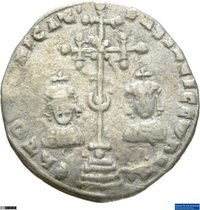 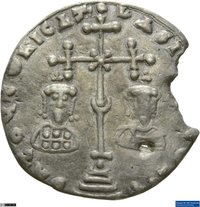 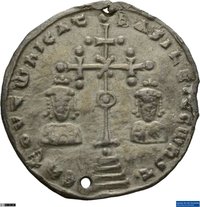 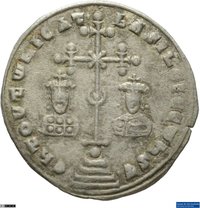 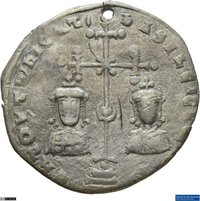