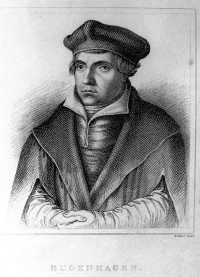 "Johannes Bugenhagen (24 June 1485 – 20 April 1558), also called Doctor Pomeranus by Martin Luther, introduced the Protestant Reformation in the Duchy of Pomerania and Denmark in the 16th century. Among his major accomplishments was organization of Lutheran churches in Northern Germany and Scandinavia. He has also been called the second Apostle of the North.

Johannes Bugenhagen was pastor to Martin Luther at St. Mary´s church in Wittenberg. He is also commemorated in the Calendar of Saints of the Lutheran Church–Missouri Synod as a pastor on 20 April." - (en.wikipedia.org 31.10.2019) 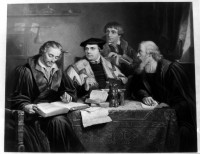 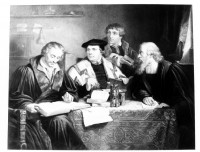 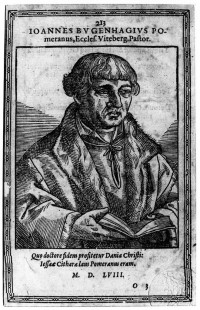 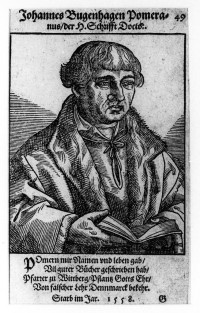 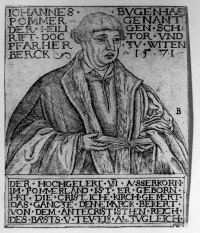