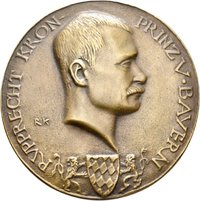 "Rupprecht, Crown Prince of Bavaria, Duke of Bavaria, Franconia and in Swabia, Count Palatine by (the) Rhine (Rupprecht Maria Luitpold Ferdinand; English: Robert Maria Leopold Ferdinand; 18 May 1869 – 2 August 1955) was the last heir apparent to the Bavarian throne. During the first half of the First World War he commanded the 6th Army on the Western Front. From August 1916, he commanded Army Group Rupprecht of Bavaria, which occupied the sector of the front opposite the British Expeditionary Force." - (en.wikipedia.org 28.10.2019) 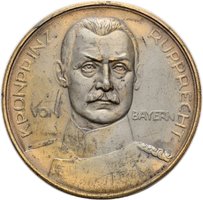 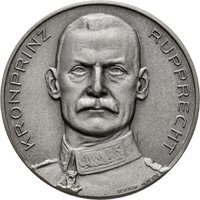