"The Holy Rosary (/ˈroʊzəri/; Latin: rosarium, in the sense of "crown of roses" or "garland of roses"), also known as the Dominican Rosary, refers to a form of prayer psalter used in the Catholic Church and to the string of knots or beads used to count the component prayers. When used for the prayer, the word is usually capitalized ("the Rosary"), as is customary for other names of prayers, such as "the Lord´s Prayer", and "the Hail Mary"; when referring to the beads, it is written with a lower-case initial letter ("a rosary").

The prayers that comprise the Rosary are arranged in sets of ten Hail Marys, called decades. Each decade is preceded by one Lord´s Prayer and followed by one Glory Be. During recitation of each set, thought is given to one of the Mysteries of the Rosary, which recall events in the lives of Jesus and Mary. Five decades are recited per rosary. Other prayers are sometimes added before or after each decade. Rosary beads are an aid towards saying these prayers in the proper sequence." - (en.wikipedia.org 30.09.2019) 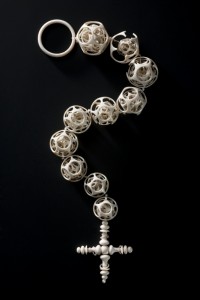 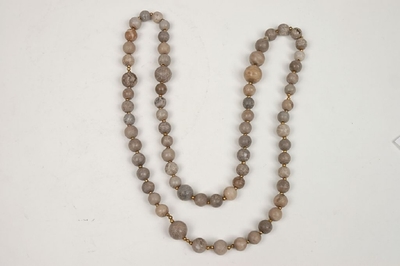 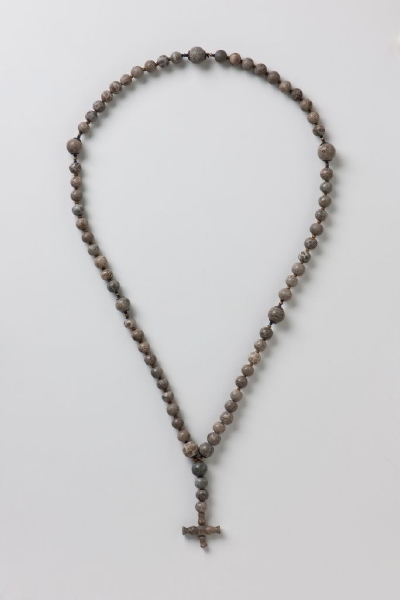 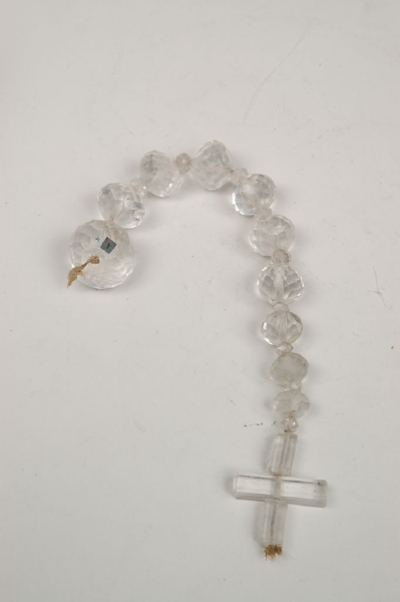 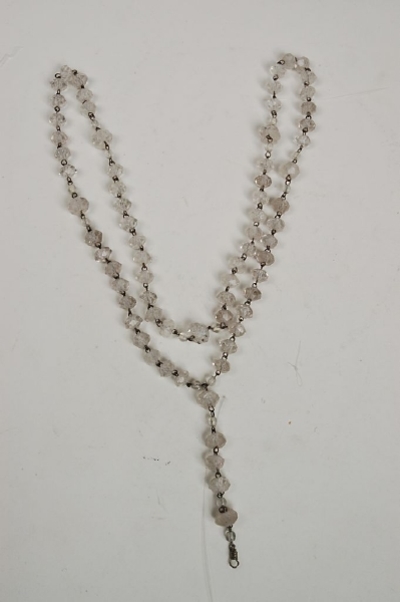